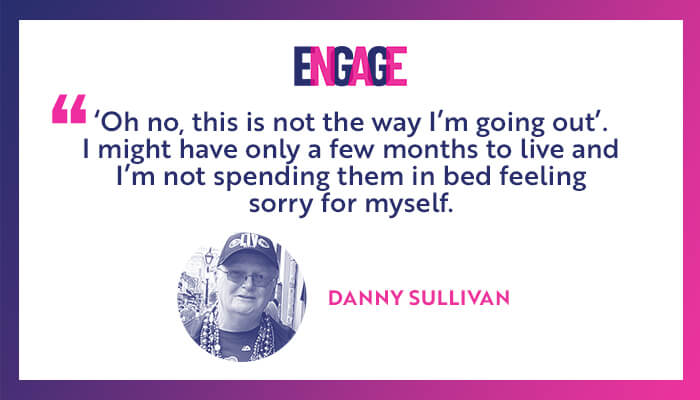 It’s been over a year now – a year and four months now since I heard the words. “You have a spot your lung, about the size of a quarter.” My left hand was shaking as I held the phone. It didn’t take long, however, before that fear began to turn to rage. As the NP was explaining to me what was going on, I didn’t need to hear much. I had cancer and I was going in for a PET scan, that was all I needed to know from her. It was the rage that was building up. How could this happen! There are screenings for this, and protocols. They knew I was a heavy smoker for 25 years! I’d had a chest x-ray not 4 months ago! Do the doctors take what I say with a grain of salt because I have a mental illness? I know it happens! She tried to be consoling as I wrote down the time of the appointment. “Just take it a day at a time”. “Yeah, easy for you to say”, I thought.

It was severe back pain which brought me to the doctor in the first place. The pain, excruciating at times, was caused by the tumor which had eaten its way through my Lumbar 2. When it got to the point where I could not go to the bathroom by myself nor get out of bed for that matter, I called 911. It was by the grace of God that I met Dr. Shin the neurosurgeon at MGH who cut out the cancer in my back and put in a metal shunt, which along with some hard work and very fine care at the Spaulding Rehab allowed me to make a full recovery.

I might have had some manic energy going for me at the time. At the MGH, post -surgery, the night nurse would give me pen, paper and coffee and thus I was able to develop some focus. For several weeks it certainly took quite a bit of effort getting in and out of bed, but once the therapy began at the Spaulding I was able channel my energy, and make serious progress.

Around the beginning of April of last year I began chemo. I was happily surprised in that I experienced no severe side effects. Some mind nausea, but I had an appetite and there was no vomiting, no hair loss; just some fatigue, a bit serious at times. I attended last year’s symposium, and through breakfast and the morning program I was affable and gregarious. It wasn’t until after lunch when…well I didn’t exactly hit a wall….it was more like the wall came up and smacked me right in the face…like the Roadrunner….Disappointed ,I skipped the afternoon workshops and crawled back to my car, and then into bed. But I thought it a small price to pay. After all not 4 months past my diagnosis and just a month or so after my back surgery I was mobile, functional and most crucial, I carried with me a very positive attitude.

What choice did I have? I’ve lived with, and struggled often with bi-polar disorder for 50 years; the exhilarating highs and the sometimes brutal lows. When I heard my cancer diagnosis, I’d been on an uptick for a few months: happy, productive, energetic. Upon hearing the bad news I remember thinking ““Oh, no. Just when I’m feeling well again this has to happen.” But I did not entertain that thought at all. “Oh no, this is not the way I’m going out”. I might have only a few months to live and I’m not spending them in bed feeling sorry for myself. I don’t have time for this Up and at ‘em.

After several rounds of chemo, I had a CAT scan which showed that the tumor had shrunk by nearly a third. I was elated! There I was up in infusion calling everyone I know with the good news. I admit I had my own personal doomsday clock, but now I could push it back a few months.

Patiently I waited for the weather to get warm enough so I could attend a Red Sox game. A good friend of mine is also a cancer patient. I would see him on Facebook posting from ballparks, stadium, arenas. This inspired me. I realized there is no reason in the world I couldn’t go to as many games I felt up to. Which turned out to be more than a few. It didn’t matter if I had someone to go with or not. Sometimes I brought someone along, but that could get expensive. I went to Chicago to see Wrigley Field and the Cubs; and to Baltimore to see Camden Yards and the Orioles. I go to Bruins and Celtics games. And finally, after years of putting it off, I made it to Gillette Stadium 3 times to see the Patriots.

Travel has always been very high on my list of favorite things to do, and seeing the Mona Lisa has been on my bucket list for a long time. My sister Christine, who also doubles as my part-time caretaker, was more than happy to come along with me to Europe. Paris was the most fun where we spent 5 days exploring the city and seeing the essential sights. We went to Berlin, and Prague, which is a beautiful city. We drove from Prague to Lucerne, Switzerland where we stood in front of a beautiful lake with the Alps in all their majesty in the distance.

But fighting cancer is not by any stretch all fun and games For me it’s like having a job and like any job it has both pleasant and non-pleasant aspects. First of all I have get in there, rain, snow sleet or hail ( I did work for the Post Office ) I’ve never heard anyone say they enjoy chemo but I’m grateful that I can tolerate mine very well. I like the people I work with, the receptionists, the nurses, my team of doctors. If things don’t go exactly as planned, as happens everywhere, we remedy the matter. I can count about 20 people who are directly or indirectly involved in my care and I am truly impressed with their professionalism. All of them.

Living with cancer, terminal cancer, has truly been a learning experience. The first thing I leaned was “Don’t sweat the small stuff”. If somebody cuts me off on the way home from chemo, well, if that’s the worst thing that happens to me today, then it was a pretty good day. If a clerk across the counter is rude to me, well, I’ve only got to deal with him for a few minutes. He’s stuck with himself the whole day! Life’s too short for me is another rule to live by. I have absolutely no intention of getting roped in to anybody else’s petty squabbles. I don’t have the energy and I certainly don’t have the time. I don’t claim to be Ghandi, but I’m working on it.

But by far, the most important lesson I’ve learned is gratitude. It took a few months to sink in but I’ve realize just how much I have to be grateful for.

My sister Christine, who’s been with me literally every step of the way.

Dr. Shin who is the main reason I can now walk.

The people at the Spaulding Rehab whose amazing PT’s helped me along to independent living.

My friend Dave who helped out with rides to the MGH and put up with my nauseating back seat driving.

My team of doctors, all the nurses and clerical staff – all have treated me like gold and truly have made it a pleasure to go in.

I thank God every day for what I have.

A warm bed to sleep in. Food to eat. A good running car, a profession I love. I’m blessed and it’s important to keep reminding myself of that. 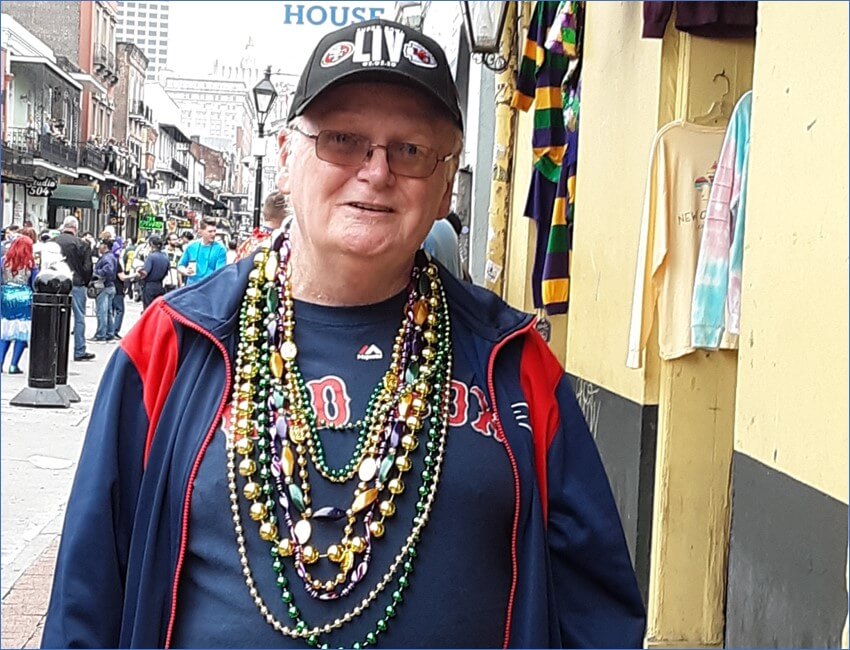 Travel has always been very high on my list of favorite things to do, and seeing the Mona Lisa has been on my bucket list for a long time.