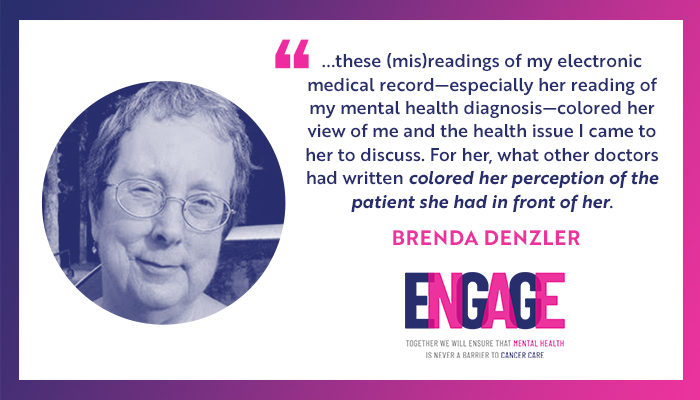 This Will Go on Your Permanent Record!

Remember back in the 1960s, when any misbehavior in school was met with a warning that your transgressions could end up on your “permanent record?” To this day, I have no idea what that fabled record was supposed to be or do. I only know that for reasons that were never quite spelled out, the wise student sought to preserve theirs.

Jon Ronson says in his book So You’ve Been Publicly Shamed that in social media “Every day a new person emerges as a magnificent hero or a sickening villain. It’s all very sweeping, and not the way we actually are as people.”

When something you say or something you do gets you that kind of notoriety on social media, says Ronson, you lose control over the ability to write the story of your own life. Instead, millions of other people who don’t really know you get to weigh in and write your story for you.

There’s another place where other people get to write the story of your life for you, but you have much less control over what is written there. You have one of these pre-written stories about you if you’ve ever been to a doctor or a hospital. It’s your medical record.

Back in the day, a person’s medical record consisted of a set of notes scrawled on paper and inserted into some dusty, tattered file folder in a doctor’s office or hospital. The record reminded the (usually male) doctor of what had happened in his encounters with you.

If you went to a new doctor, it could take time for the old record to be sent for and received. This put the new doctor at a disadvantage in some ways, but it also provided an opportunity for him to see you with “fresh” eyes and evaluate you and your health issues from a new point of view without being influenced by what previous doctors had thought.

Today, what doctors think is put into electronic notes that can be preserved forever and accessed in the blink of an eye by other doctors. If what those notes say is wrong—and they are, surprisingly often—it can cause trouble. Sometimes it can cause trouble even if, at the moment they are written, they are correct. What Ronson says about social media is just as true about your electronic health record: It can turn into a giant echo chamber in which others get to write your story for you.

A few years ago I went to see a pulmonologist. I don’t see her often—don’t usually need to. But I wanted her to double-check the final opinion of an ER doc who at first thought he had discovered a mass in my lung. A recurrence of my cancer? Then he’d changed his mind. The pulmonologist’s intake nurse realized I was a cancer survivor and asked me if I was aware of a psychological support program for cancer survivors offered by the hospital. “Yes,” I said, all lightness and innocence. “In fact, the director is my shrink.”

You see, I have been diagnosed with PTSD due to medical treatment springing from two back-to-back hospitalizations when I was 5 years old. Since my PTSD became glaringly obvious when I got my cancer diagnosis in middle age, I have been in counseling to try to learn how to manage it. I am not ashamed about this, and I don’t hide it.

When the doctor came into the exam room, one of the first things she asked was why I was seeing a therapist, and I told her. We then discussed the reason for my visit to her and the symptoms that had sent me to the ER in the first place.

She suggested a new possible diagnosis for just one of those symptoms. At first I rejected this diagnosis, because it sounded like a desperate attempt to come up with a useful theory based on thin symptomatic evidence. Because testing her theory sounded like a low-yield proposition and today’s medicine is all about avoiding unnecessary testing, we agreed to hold off on chasing it.

As I often do when I see a specialist, a few days later I got her clinic notes from that day’s visit. I thought maybe she had presented a fuller explanation there for her diagnostic theory, which I was still thinking about.

Imagine my surprise to find that her notes focused on a completely different symptom—one that I had mentioned to her as background info but laid to rest years earlier. Far from spending much of our time talking about this symptom, she and I had talked about it, at best, only as a passing part of our conversation.

She also noted that I had “demanded” copies of my recent lab work. (I had tried to be very, very polite in asking.)

Most vexing of all, she wrote that I claimed I was feeling anxious when we met and that I described that anxiety as “paralyzing.” This was not true. I know when something has triggered my PTSD, and I was fine that day with her. When she had asked me about why I saw a therapist, I had simply described to her what my PTSD is like, trying to impress upon her that when it happened, it went far beyond simple anxiety. Which is why I needed therapy.

I puzzled over these statements in her notes. What she said just wasn’t accurate. How did she get these ideas? How could she misread me so—to think I was overly anxious when we met? Then, suddenly, I realized what had happened. Her assessment of me and my medical problem was heavily dependent on notes she’d read in my chart from other doctors I had seen.

The notes from the doctor I’d consulted for the symptom she had perseverated upon were two to four years old. In referring to them, she failed to understand that this other symptom had been addressed well enough way back then and was not a big issue for me.

Her statement about my anxiety? No doubt taken from notes made by my therapist at a time when I truly was suffering an almost paralyzing attack of PTSD. That had last happened almost six months earlier.

I can’t help feeling that these (mis)readings of my electronic medical record—especially her reading of my mental health diagnosis—colored her view of me and the health issue I came to her to discuss. For her, what other doctors had written colored her perception of the patient she had in front of her.

Instead of an understandably concerned patient with a cancer history wanting to be reassured that a mass found on imaging was not a return of the cancer, the pulmonologist read my mental health diagnosis and automatically viewed me as being excessively anxious. After all, the ER doctor had already told me he’d changed his mind and it wasn’t cancer…right?

Her perception of me as “just anxious” was reinforced when I asked for copies of my lab work results—something not a lot of patients ask for. What more proof could she have of my current mental status (she must have been thinking) than my “demand” that I have access to something most patients don’t want?!?

Here’s what troubled me most about our interaction that day: When my future doctors and nurses accessed her clinic notes from our visit, as well as all the rest of the notes that had been amassed before she added her own two cents, what story of my life would they read? What preconceived ideas about me and my health status would they in turn bring to our consults?

I got an answer to that question many months later, when I made an appointment with a cardiologist about enduring health issues that were diminishing my ability to function and that no one could diagnose, much less fix. She walked into the exam room for our first-ever meeting and listened to me tearfully explain my reason for being there. Then, without laying a hand on me to examine me, she patted my arm and told me she’d been reading my chart before she walked in. Everything I’d told her, she said, was due to the fact that I was “just anxious” because I’d been faced with my own mortality when I got cancer.

I never went back, and my health continued its slow slide into increasing disability.

It is a fearful thing to fall into the hands of the living God, the Bible says. I submit to you that it can be just as frightening to fall into the hands of modern medicine, with its much-touted electronic medical records. For they are an echo chamber telling a story of your life, written by others, that may or may not be entirely true or that may not be relevant to what is happening at the moment. Nevertheless, the echoes from these stories can reverberate forever. 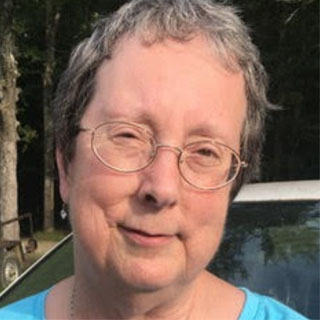 Brenda Denzler is a retired writer and editor living in the Southeast U.S. She was diagnosed in 2009 with an aggressive, later-stage form of breast cancer known as inflammatory breast cancer.