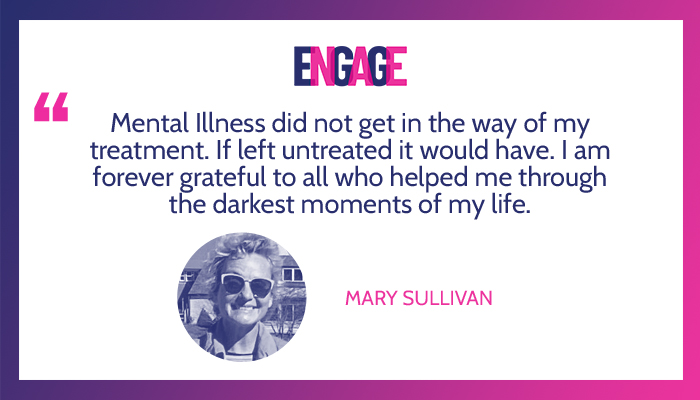 Best Medicine In The World

The dual treatment I received at MGH for Cancer and Mental Health ensured that my outcome would not just clear me of cancer but to also make sure I survived the deepest bout of depression and anxiety I had ever experienced. Suicidal thoughts had occupied my mind the year before my Cancer diagnosis in July of 2019 as a result of a recent diagnosis of Post Traumatic Stress Disorder related to ongoing intimate partner abuse by my ex-husband.

In April of 2018, my nurse practitioner who was prescribing my medication and providing therapy suggested I would benefit from a psychiatric hospitalization. I agreed. Unfortunately, the unit and psychiatrist in charge of my care was not trained in PTSD; the impact it has on a patient or how to treat it. Almost every patient that went in for their session with this Doctor came out of his windowless, crowded office in tears. I met with him once and refused after that. I explained my concerns about the Psychiatrist to the Unit’s Administrator. I was told to write out a formal complaint and she would add it to the closet full of other similar complaints.  I signed myself out and I decided to take a trip to Brazil to visit my son.

Best medicine in the world.  I returned from Brazil in May for another court date, thinking it would be over. The defense lawyer kept asking for continuances, but the prosecutor got the Judge to commit to a June 5th final court date. He pleaded guilty and received a just sentencing.

I continued working with a counselor with the local Domestic Violence Agency, a private therapist for processing the DV, as well as a PTSD specialist. There was hope. I took advantage of everything my counselors told me. I visited a farm that invited domestic violence survivors to walk through their flower gardens. When I met the woman who owned the Farm I was at a point where I would burst into tears most of the time.  I apologized for my weepiness, ,and she told me “Tears are the irrigation of the heart.” There are some words you never forget.

From there I was told of a Forgiveness Garden at the Adelynrood Retreat Center in Byfield, MA. I stayed at the retreat center as a Sojourner. While at the center, I discovered a group retreat happening in a few days. The Retreat Center invited The Reverend Becca Stevens of Thistle Farms in Nashville: “Love is the Most Powerful Force For Change in the World.” This helped somewhat but by the Fall, I continued to isolate, feared going out, etc. Classic PTSD symptoms. They receded when I was away and returned the minute I returned home.

During this time, I had an unfortunate run in with the local police. During a mental health crises, I was taken out of my home, barefoot and in handcuffs by the police during a “Health  Check.” The police were responding to a call from my sister who was afraid for my mental health status and called the local police.  One of the police officers knew me; she was the Sergeant in charge of Domestic Violence cases. That evening, after I pleaded not to leave my house, I was handcuffed and placed in an ambulance. I was restrained over night at the Emergency Room in a bay called the “Decontamination Room”. I stayed for a three day hold and only spoke to the Social Worker determining my fate, the aid on duty, and the security guard at my door. I was released home. I had to ask the aid if there was a pair of shoes around that I could borrow to walk out.

I did one more outpatient psych program which connected me to Equine Therapy, which has helped to save my life.  I started training to become an Equine Therapist while volunteering on a small therapeutic farm. I fell in love with Gypsy, a rescue horse, and volunteered during therapy sessions, cancer retreats held yearly at the farm for women in current Cancer treatment or cancer survivors. Before the diagnosis I was a volunteer. The next year I would become the Cancer Patient attending the retreat.

When I was diagnosed with Triple Negative Breast Cancer the following year, I wanted to fight for my life. I did. I received Chemo, Surgery and Radiation from August of 2019 to March 17th 2020.  When I got to Mass General, I was a mess. I was honest about what I had been going through and had a an amazing team supporting me. I also had the pleasure of meeting Dr. Kelly Irwin, who asked me to be part of a study she was conducting to learn about the benefit of psychiatric support for those going through cancer with mental Illness. I either picked an envelope that indicated I would receive additional Mental Health Support or the other envelope. I unfortunately picked the wrong one but, because of that study that I began to ask for help. My team of cancer doctors and social worker connected me to a psychiatrist and therapist. This also saved my life. Without that added support I fear that my outcome would not be the same.

I have a long history of mental illness. When I was 14, my father suffered a Major Depressive episode. This was 1980. After 5 years of intermittent hospitalizations, he came home for good. I was first hospitalized in 1982. Suicide attempt. I spent a year in and out of hospitals. Never on an adolescent unit. No one connected that my family environment might be causing my symptoms. I was put on a research unit with only adult patients. I endured a year of experimental drugs, lots of “Quiet Room” time, sometimes with restraints, sometimes not. The last plan in place just after my 17th birthday was a trip to the National Institutes of Mental Health to see if my “Rapid Cycling Manic Depression” would respond to electroconvulsive therapy. Thankfully, my Mom said no. I was left with my psychiatrist’s prognosis that I should not expect too much from myself with this diagnosis. I was doomed basically. 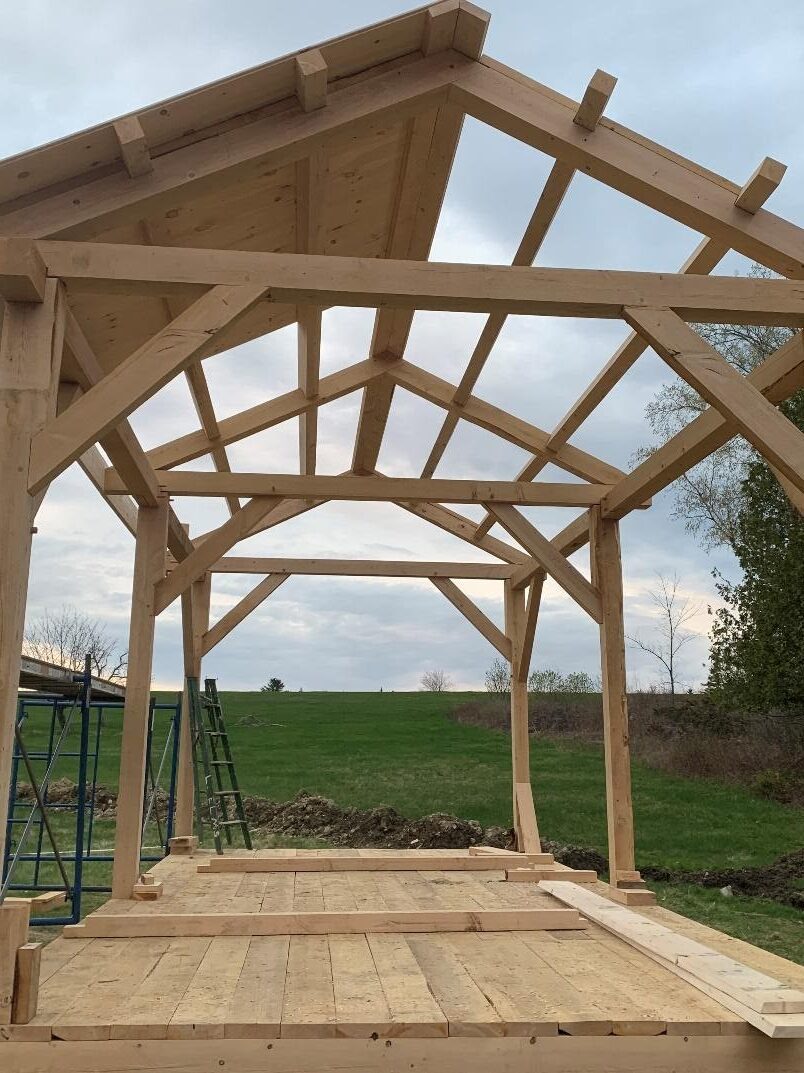 And yet…there is the Here and Now. Last July, I bought a farm in Maine with thirty acres. I have just built a two-stall horse barn where Gypsy, the horse I worked with at the therapeutic farm, will come and retire. I intend to build a learning center for children, along with a therapeutic animal/equine program for children suffering from trauma. I am part of a growing community of likeminded people.

I would not have this life if it were not for the amazing team of doctors, nurses, social workers, Luba the yoga instructor and all the other support offered cancer patients at MGH.  Mental Illness did not get in the way of my treatment. If left untreated it would have. I am forever grateful to all who helped me through the darkest moments of my life.

Mental Illness should not be treated as a crime. Police, ER Docs, and everyone who comes in contact with a person in a mental health crisis should be trained. We have Trauma Centers to treat gunshot wounds, why not Trauma Centers to deal with Mental Health Crisis. Peoples lives depend on it. 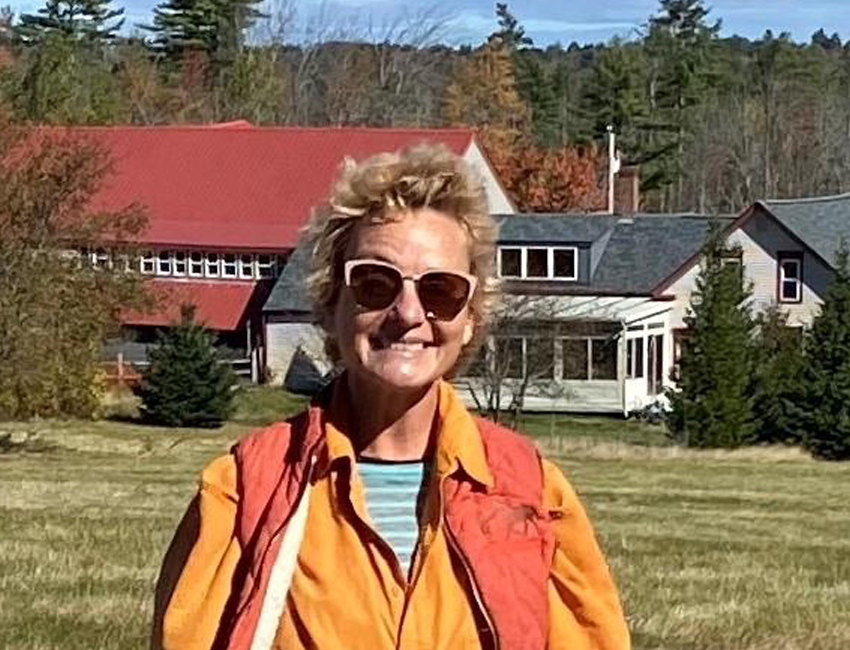 I intend to build a learning center for children, along with a therapeutic animal/equine program for children suffering from trauma.